The Mystery of Mithras. Exploring the heart of a roman cult 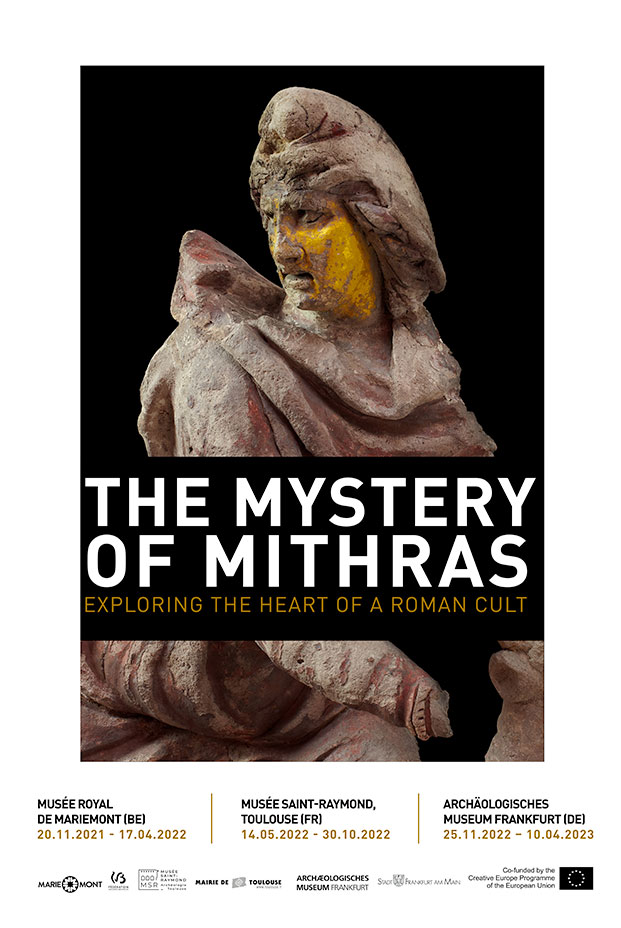 25th November 2022 – 9th April 2023 At the end of a journey with stages at Mariemont (Belgium) and Toulouse (France), the monuments of the cult of Mithras from the Roman city of Nida (Frankfurt am Main-Heddernheim) are returning to Frankfurt: from 25th November 2022 to 9th April 2023, the Archaeological Museum Frankfurt will show the exhibition "The Mystery of Mithras: Exploring the heart of a Roman cult", which was created in international cooperation. A central component of the project are the outstanding finds from the Mithraic sanctuaries of Nida, which already attracted the attention of archaeologists in the 19th century. Together with numerous objects from Mithraea in the Limes region on the Rhine and Danube, they form the focus of the Frankfurt exhibition. Selected monuments from ancient Gaul and Italy provide a glimpse of similarities and differences between the border regions and the cultural centres in the west of the Imperium Romanum. Thanks to close cooperation with a large number of European museums, it is possible not only to present the results of current archaeological research, but also to take a look at the history of the reception of the cult of Mithras up to modern times. Thus, the show offers an unusual, new view of this deity and its fascinating cult, which still holds many unresolved mysteries for us today.